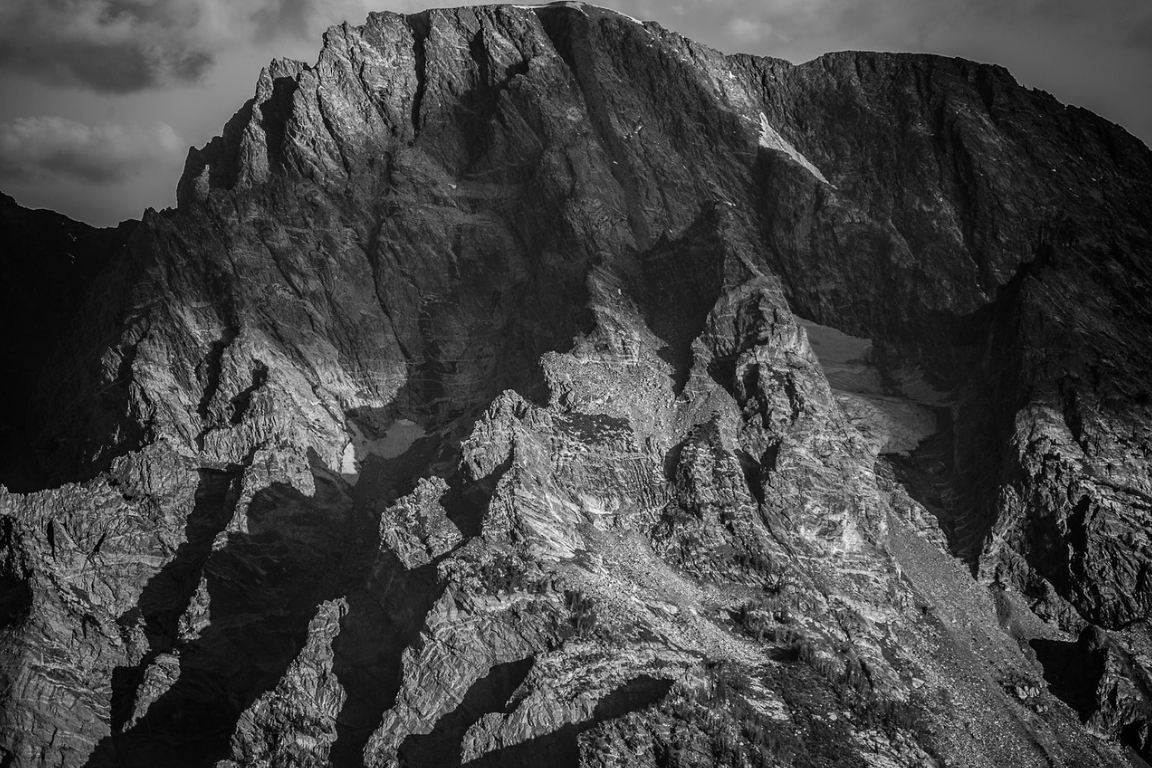 I had one of these trips this past Labor Day weekend. I roundup a couple of my buddies, “The Suffer Machine” Jamie Fiddler and “Mr. First Time” Mitch Eaves. Plan A was to do a route that has been on both mine and Jamie’s tick list for a while; Mount Moran’s CMC route in the Teton Mountain Range (WY). This route involves a 15 hour one way drive, canoe paddle approach, thousands of feet on a talus approach trail, a full day of 5.5-5.7 climbing and 5.7 descent pitch. We prepped for the trip and decided to spend an evening and morning at Vedauwoo climbing area outside Laramie. It was Mitch’s first time in Vedauwoo and first experience climbing off width cracks of stout grades. So, we decided to climb a couple of the classics such as Mother 1 and Ed’s crack. Once we set out west, it looked like strong prediction of raining and several inches of snow in the Tetons. 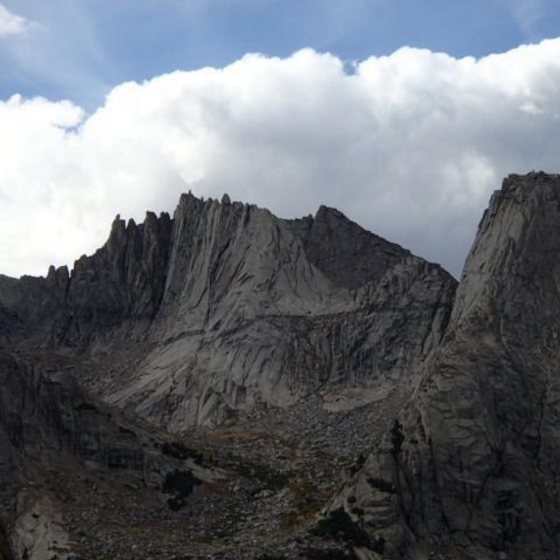 Jamie suggested Plan B, as a possible change to the Wind River Range in Wyoming. Weather model showed a high pressure system sitting on Plan A, pushing the rain and snow from the Tetons to the north. It’s always wise to have a backup plan on adventure trips.

So, we head into the winds the next day to climb the East Ridge of the Wolf’s Head in the Cirque de Towers — a long committing route that traverses a long ridge with multiple towers. This was a fun, full day of climbing. We did a quick re-sort of gear at the trailhead; the easy approach of 9 miles flew by as we enjoyed the sun and the grand views. Jamie had been there a couple years before and knew the way to a great campsite tucked in trees, below an alpine lake with a small stream flowing by. It was great to see the joy Mitch got from his first trip into the alpine mountains.

We set up camp using the black diamond mega-light tarp that I convinced the group we could share (and save weight). We ate our backpacking meal, filled our water bottles for the morning and hit the sack. It is “early to bed” for the Alpine start, however, at 3am when the rain hit, the early start was stopped. A corner of the ground cloth was sticking out and Jamie’s whole sleep system got soaked causing a small river to run thru the tent. It was a cold wet night of suffering for him. The rain continued and the call was made for a late start so we could assess the wet rock in the daylight. 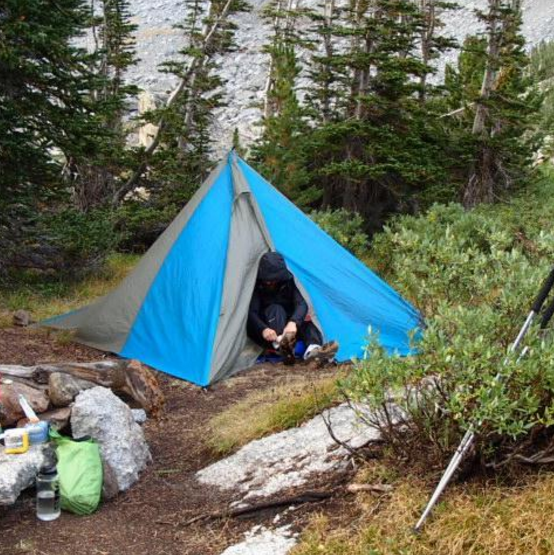 Plan C.
The approach pitches to the climb were crying like a baby that lost its sucker. To top that off, the winds were blowing the rain cloud hard across the peak. Warbonnet looked like a chimney from the way the clouds hit it, and then swirled away. The weather was far from ideal as weather model predictions showed that any minute it could cut loose with rain again or clear to be a beautiful day. We concluded that Plan C, taking the K crack route up Pingora Tower would be less committing if the weather did turn.

So, we ate our breakfast and started out across the valley.

We reached the start of the climb, and began racking up the gear. Twin Beal ropes, a light Alpine rack of 5 cams, nuts and some Hexes. A couple from boulder show up, I asked “if they were fast?” Being nice to them, we let them start climbing before us. Parties of two are normally faster than parties of three, plus its good karma. We enjoyed climbing for the next couple of hours, but, as Jamie was in the middle leading the crux pitch, the thunder rolled. He called for a take and requested to be lowered to the belay ledge, concerned he wouldn’t finish before the storm hit. It can be really spicy with drops of a thunderstorm at over 10,000 feet. Just then, good karma paid off and the team ahead of us was rapping back down the route and offered to clean our gear so we could escape. When you are only a couple of hundred feet from the summit, it’s hard to turn around and descent. 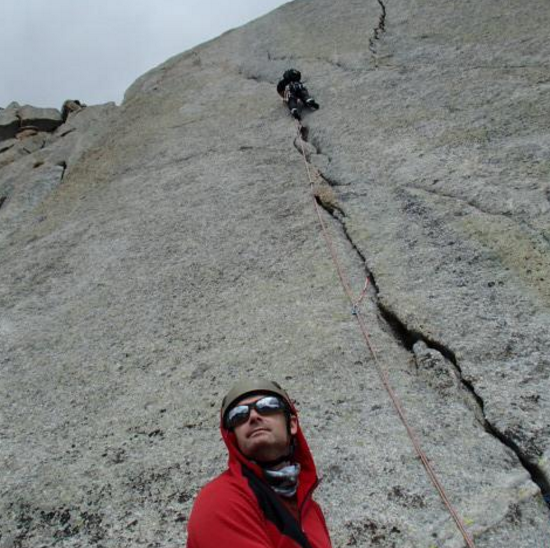 Plan D.
Back on the level ground the clouds start to break. We began thinking maybe we could climb back up the pitches that we just retreated from or go and scramble up Leaning Tower — which goes at 5.2 and is a fairly easy retreat. The decision was made to hike over to the alpine lake as the weather kept improving — it shouldn’t take us long to summit and get back down for dinner. We set off up a very loose and steep talus field while the clouds began to roll in again.

Huddling under an overhanging rock we waited for them to pass and then quickly head for the summit. A half an hour later we had an amazing view of the Cirque de Tower Range and another rain cloud heading straight for us. Running away again was the best option. A couple of unknown and snowy rappels and we were back at the saddle. As quickly as we could manage, we slid down the talus trying not to knock a loose rock down on a partner below us.

We had a cold rain pound our tent all night and then packed out the next morning with a heavy overcast sky. Even with finicky weather we got a first alpine summit for Mitch.
By the time we reached Lander, it was clearing. We stopped at Gannett Grill, loaded up on pizza and then made our way to Sinks Canyon to climb a little spot before dinner and a campfire. I managed to squeeze in an 11a onsite before we once again, had to race the rain back to the car. The following day, we climbed great routes in Sink’s Canyon and then Wild Iris in the afternoon.

Adventure climbing trips — you can plan and prepare for the worst and even change plans to adjust to the variable conditions, but still the outcome is never certain. Having that element adds to the excitement and helps bond teams as they overcome the obstacles along the journey.

Plus, as I mentioned earlier, it’s always good to have a plan D, and maybe E, F, and G. 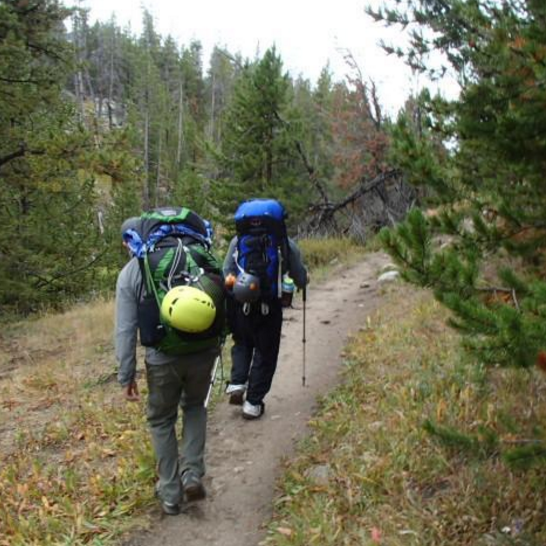 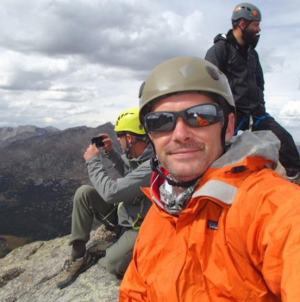 John loves the mountains. He spends most of his non-working time in the mountains, reading about the mountains, or preparing for his next trip to the mountains. He has climbed large mountains, as well as many technical rock and ice climbing routes throughout the US and the world including Denali, Mount Rainier, Grand Teton and many summits of Devil’s Tower. John leads by example to inspire people to get out, have adventures, and explore. He lives in Minburn, IA with his lovely wife and has four children. 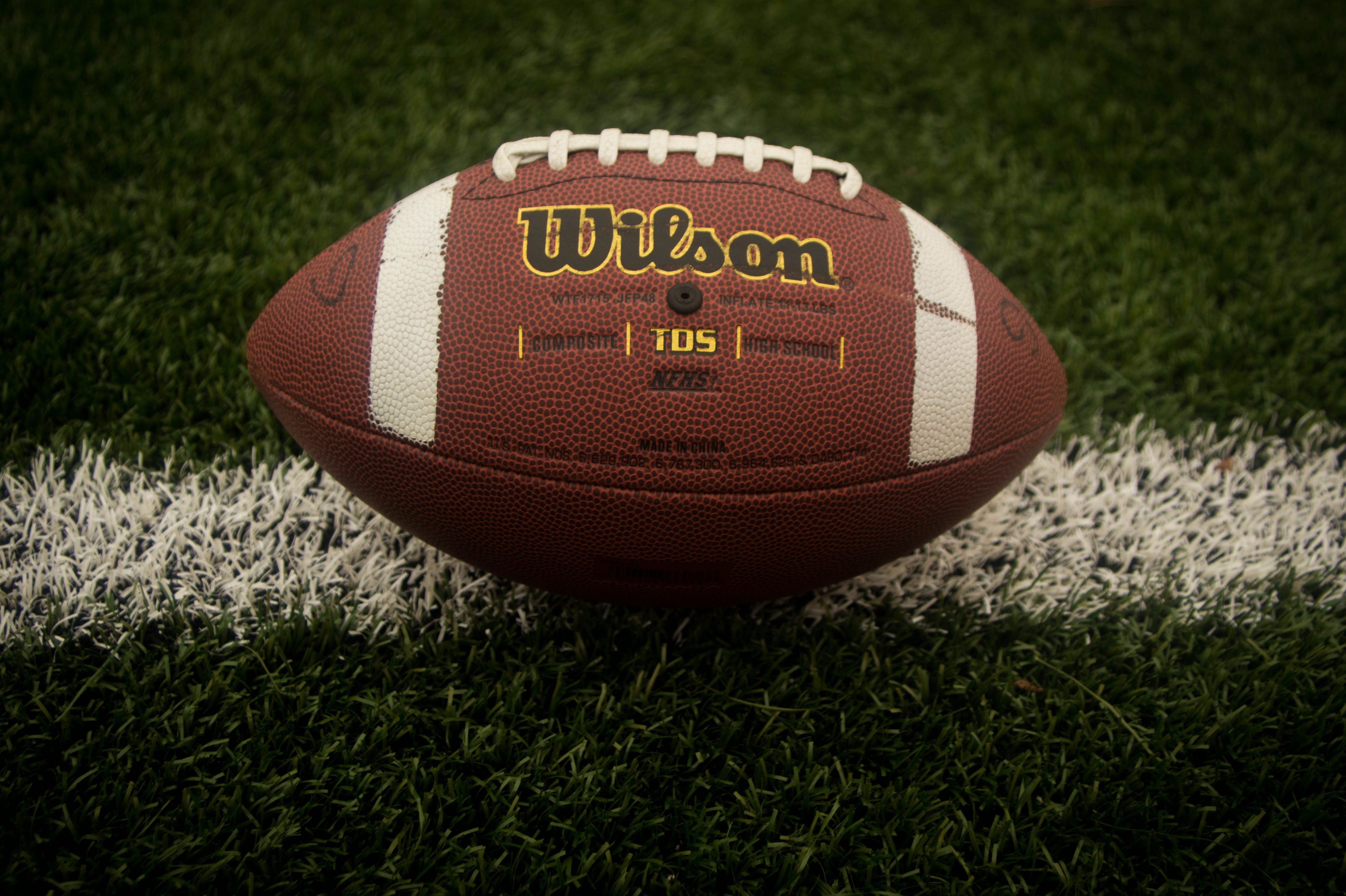 We are open for business!